Top 6 The Best Cryptocurrency Exchanges all over the world. 

Jira vs Asana: Business Benefits, Which is Better for You?

What is Cryptocurrency and How does it Work? Anova News

Top 5 Tips to Get Attractive Deals on Credit Cards

Document Verification: How can the Businesses Reap Benefits

How to Differentiate Your Cigarette Boxes Brand from Others?

Why Should You Consider Custom Handles Boxes for Your Next Event?

How to Calculate GST Amount on Goods & Services?

Five-Step Guidelines to Change The Name of your Company

What is an Investment and Where to Invest For the Best Returns?

How To Make Your Anniversary Cake Look Fascinating

How Gamble Boxes Are Easy To Carry?

Latest Digital Marketing Trends That You Should Know?

Ecommerce Trends to Drive Sales in 2021

Points to be Kept in Mind Before Hiring Commercial Painting Contractors

Finding a Vintage Diamond Ring for your Special Day 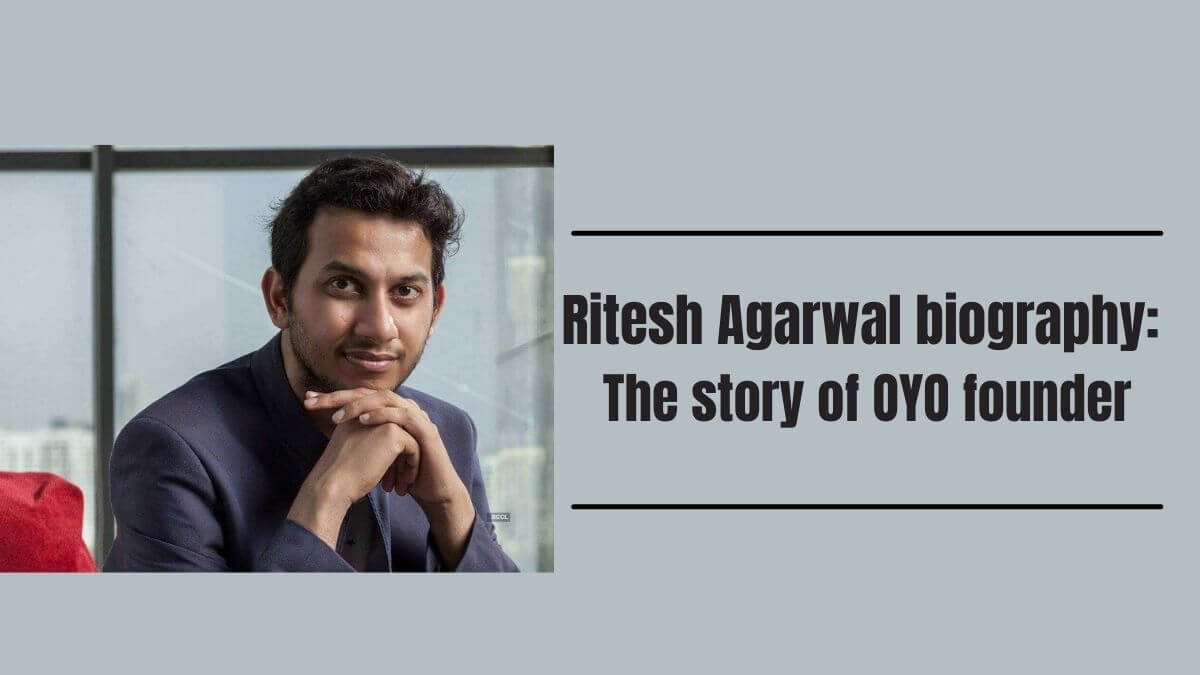 The tourism and hospitality departments are very crucial for the nation. Hence, the importance of hotels increases automatically. The first name that comes to mind while thinking about hotel bookings or travelling is OYO. We all know about this as a mobile application. We have used it once in our lives while visiting a faraway place for a short stay.

Today let’s learn about the founder of OYO. This article is a detailed Ritesh Agarwal biography. You will learn about his childhood and how he built this million-dollar empire from scratch.

Ritesh Agarwal started his OYO journey with Oravel Travels, in which he tried to combine tech with hospitality. But he converted it into “OYO” after realising that this nation needs affordable stay options with good quality services. He felt this need after he went to explore India. He went on a tour when he was a teenager and visited almost 100 cities in the country.

Born in Bissam Cuttack, Odisha, Ritesh Agarwal was raised by a Marwari family in Titilagarh. His family used to run a small shop in Southern Odisha. He used to sell SIM cards at the age of 13, which shows he started gaining market knowledge at a very young age. Ritesh Agarwal’s biography has inspired a lot of youngsters. His journey was glorious.

He finished his schooling at St. John’s Senior Secondary School. Then he went to Delhi in 2011 for his further college studies, where he enrolled himself in the Indian School of Business & Finance. But in 2013, he dropped out of college to pursue his ongoing project, which was building OYO.

He used to sell SIM cards when he was 13 years old. Then, at the age of a mere 16 years, he was nominated for the Asian Science Camp, which the Tata Institute of Fundamental Research organized. He got some fame when he was 17 because of a book he wrote called “The Encyclopaedia of Indian Engineering Colleges.” That book became a bestseller.

In 2012, he launched “Oravel Stays” to help people book accommodations within their budget. In September 2012, Venture Nursery selected this idea for its accelerator program. Later, this project won the Thiel Fellowship program in 2013, where he received a grant of $100,000. This program was started by Peter Thiel, a German-American entrepreneur, to help 22-year-olds or younger people pursue the work they want.

The Thiel Fellowship program started in September 2010. It was started to provide financial assistance to the younger generation. Every potential person gets an offer of $100,000 over two years, along with other resources and proper guidance. The main purpose of this program was to motivate younger generations to follow their passion without any financial hindrance.

The Idea of OYO

At a very young age, Ritesh Agarwal travelled across the country. During this time, he realized the need for affordable and good-quality accommodation options all around the nation. With this mindset, he converted “Oravel Stays” into OYO in 2013.

OYO rooms & hotels is an Indian online hotel chain that has become the biggest and fastest-innovating hospitality chain. Almost every person in India knows this brand name.
OYO has changed the whole scenario of the tourism and hospitality departments of the nation.

Now, hotels and homes are available at very affordable prices, along with beautiful and hygienic accommodations.

OYO was originally started with budgeted hotels but gradually accelerated globally with thousands of hotels, rooms, and other accommodations. It has reached over 80 nations, with an employee strength of over 17,000 people, and South Asia alone has over 8,000 employees.

Many collaborations happened within the year 2021. OYO collaborated with big travel companies like Airbnb, Makemytrip, etc.

In October 2021, OYO appointed Paralympian Deepa Malik as an independent director, and in December 2021, they appointed Rajnish Kumar (former SBI Chairman) as its strategic group advisor.

Ritesh is suspected of defrauding Manish Sinha, Oyo’s co-founder, in the early stages of the company.
He agreed with hotels in the USA to replace their brand names with OYO. But he left out the information that OYO could not operate in the state of California. That’s why California regulators charged a penalty of $200,000.
In September 2020, a businessman from Dera Bassi filed a complaint against Ritesh for fraud and conspiracy.
OYO also faced retaliation from 10,000 hotel owners in India as they were saying OYO doesn’t provide full remuneration.

Ritesh Agarwal biography says it all: he is the youngest person at his company. He is the founder and CEO of OYO. With a net worth of $1.1 billion, he is the world’s second-youngest self-made billionaire after Kylie Jenner. India is a home of many enthusiastic young entrepreneurs. One of the rising name among them is Prafull Billore aka MBA chaiwala.

In India, OYO has developed a large network of 4,200 affordable accommodations. This network covers over 152 cities in India.

An amazing growth has been seen in the journey of OYO. The recent valuation of OYO is calculated at $9.6 billion after it raised the investment from Microsoft.
According to Ritesh Agarwal, OYO has gotten bookings for over five lakh nights for the new year celebrations of 2022.
Due to the COVID outbreak, the expansion has been delayed. But OYO has planned to enter some middle-eastern countries like Egypt and Turkey.

Ritesh Agarwal was a smart person from the very start. He started building market skills when he started selling SIM cards when he was only thirteen years old. He entered college but soon dropped out to pursue his golden work, i.e., OYO. The original name of OYO was Oravel Stays. He started this project in 2012. Later, they changed the project to OYO after winning the Thiel Fellowship program in 2013. The real journey of OYO hotels and rooms started from that very point. In Ritesh Agarwal biography, you will get to know a boy with a vision and a passion.
His journey seemed very simple without any hurdles, but he faced many difficulties and challenges in between.