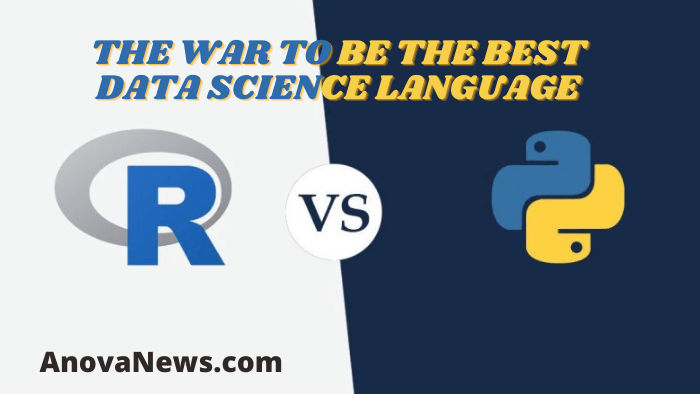 R Vs Python both are great data science languages. Both of them are excellent options for data analysis. There is an ongoing war throughout the internet between these two languages. It is really difficult to choose one out of these two amazingly flexible data analytics languages.

R is for statistical analysis while Python is a general-purpose programming language. They are definitely essential for people interested in machine learning, creating complex data visualizations, or working with large datasets.

While R’s functionality was developed with statisticians in mind, Python is often liked for its simple syntax. These differing conclusions are often backed up by comparing the history of origin and development of these two languages. students can build their career in Data science and as well as in programming.

R is a programming language and an open-source environment used for computing and graphics. It was developed by Ross Ihaka and Robert Gentleman in the year 1993. It is a further implementation of the S language. Most of the code written in S runs unaltered in R.  It is a GNU project. The R software environment is written in languages like C, Fortran, and R. This makes it a partially self-hosting language. It is freely available under the GNU General Public License.

The purpose behind its origin was to develop a language that focused on delivering a more user-friendly and better way to do data analysis, graphics, and statistical analysis.

R was essentially used in academics and research at first, but recently it is being discovered by the enterprise world as well. This has made R one of the fastest-growing statistical languages in the entire corporate world.

R’s huge community provides support through mailing lists, user-contributed documentation, and a very active Stack Overflow group. These are some of the main strengths of R. CRAN, which is a huge repository of R packages to which users can contribute easily.

A wide variety of statistical and graphical techniques are implemented by R and its libraries.  This includes linear and nonlinear modeling, time-series analysis, classical statistical tests classification, and others.  Programming in R would be easier for an experienced programmer as compared to a beginner. A beginner may struggle with the steep learning curve.

Python was developed by Guido Van Rossem in 1991. It is a high-level, interpreted, and general-purpose programming language. Python’s design primarily focuses on code readability and the use of significant whitespace. Its object-oriented approach helps programmers to write code in a logical and clear manner for small as well as large-scale projects.

Programmers focused on data analysis or statistical techniques comprise some of the main users of Python for statistical purposes.  The people working in an engineering environment are more likely to work in this language because of flexibility.

Python has a diverse ecosystem. Data science is just a small portion of it. Python’s deep learning and machine learning libraries include popular tools like sci-kit-learn, Keras, and TensorFlow. These enable data scientists to develop data models that plug directly into a production system.

Python and R both have their advantages and disadvantages, in the war of best data science tools. Choosing one over the other depends on the use, the cost of learning, and other tools required.

Python is a versatile language that is very powerful. Programmers can use it for a wide range of tasks in computer science. Learning Python will help in developing a versatile data science toolkit. It is a simple language that can be easily learned by a non-programmer.

On the other hand, R is a programming environment specially designed for data analysis. It is very popular in the data science world. It has a steep learning curve and one has to understand it completely before making a career in data science.

Related Topics:R Vs Python
Up Next

What Are Uses of Visual Basic?

What are the Uses of Statistics in Different Sectors?