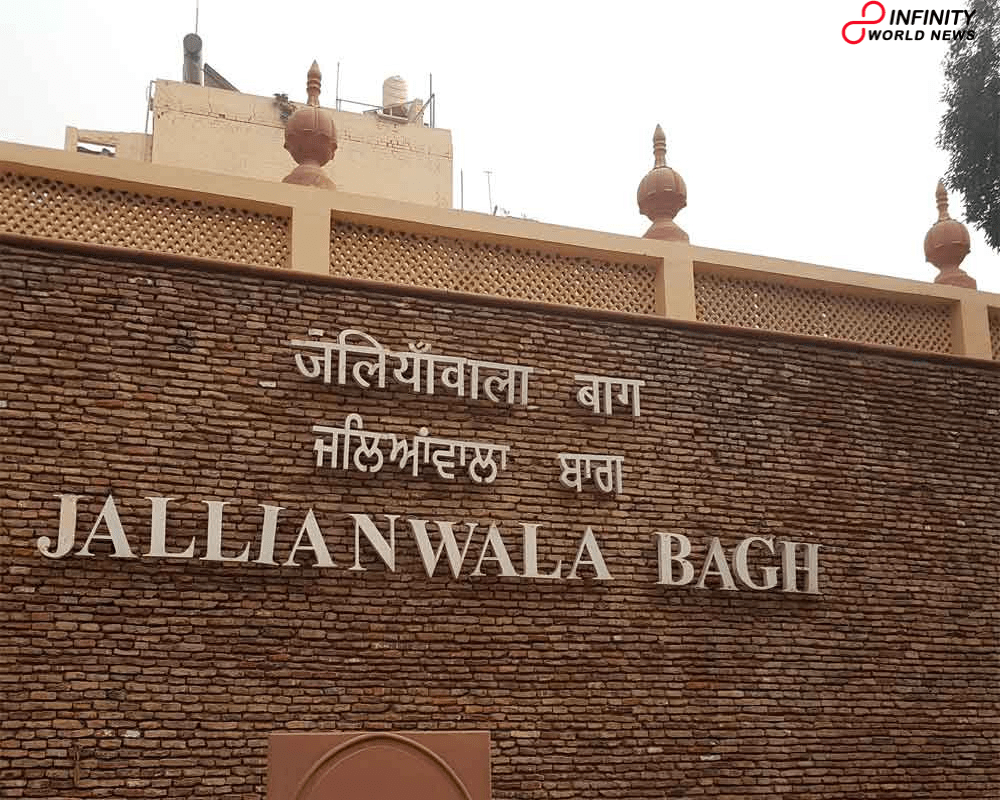 Jallianwala Bagh is a historic park and “nationally significant memorial” in the Golden Temple complex in Amritsar, Punjab, India, dedicated to those who were wounded or killed in the Jallianwala Bagh Massacre on the Baisakhi festival of April 13, 1919. A museum, gallery, and other memorial structures are located on the 7-acre (28,000 m2) site. The Jallianwala Bagh National Memorial Trust is in charge of it. Between 2019 and 2021, it was renovated.

With its well, Jallianwala Bagh, or the garden of the Jallah-man, suggests that it was once lush and blossoming. It had grown well-known throughout the years as a pleasure spot and a rest stop for visitors to the neighbouring Golden Temple. It was a parched tract in 1919, surrounded by densely packed multi-occupancy buildings, with some small roadways and only one access and exit path. It was deserted and encircled by a fence. The name of the owner of this piece of land during the Sikh Empire’s reign is the source of the place’s name. It was owned by Himmat Singh Bains’ family during the time.

In 1919, the Jallianwala Bagh (dry plot) was established.

Punjab had seen attempts to congregate and protest in 1919 in response to Mahatma Gandhi’s exclusion from visiting Punjab, the secret deportation of Saifuddin Kitchlew and Satyapal on 10 April, and the protests to the Rowlatt Act.

On Baisakhi morning, 13 April 1919, to the sound of military drums played by the city’s town criers, Brigadier General R.E.H. Dyer’s new laws were read out in 19 sites throughout the city.

He had made it illegal to leave the city without a permit, outlawed any “processions of any kind” and any gathering of more than four people, and said that “anyone spotted in the streets after 8 p.m. shall be shot.” this is very shameful about Jallianwala Bagh hayland.

In 1919, what happened in Jallianwala Bagh?

On April 13, 1919, Brigadier-General Reginald Edward Harry Dyer, a British Indian Army officer, ordered a squad of local soldiers to fire into a 182-meter-long enclosed space in the northern Indian city of Amritsar, where more than 20,000 people had gathered to protest the implementation of a colonial law giving the government unlimited powers to imprison people without trial.

Despite Dyer’s orders that no more than four individuals be there, the meeting took place. For more than ten minutes, the soldiers shot 1,650 rounds of ammunition without giving the throng any warning to disperse. The majority of individuals were trapped in the Jallianwala Bagh’s tiny route for entry and departure.

The majority of individuals were trapped in the Jallianwala Bagh’s tiny tunnel for access and escape, which was surrounded by the backs of adjoining brick buildings.

Is there any evidence that the British ever apologised for the massacre?

In 2019, Queen Elizabeth, whose grandfather King George V was the reigning monarch in 1919, laid a wreath of flowers and observed a 30-second silence at the towering red stone Martyr’s memorial, which was built by the Indian government in 1961. She made no official apologies for the incident.

Sadiq Khan, the mayor of London and a Pakistani by birth called on the British government to issue a public apology for the tragedy in 2017 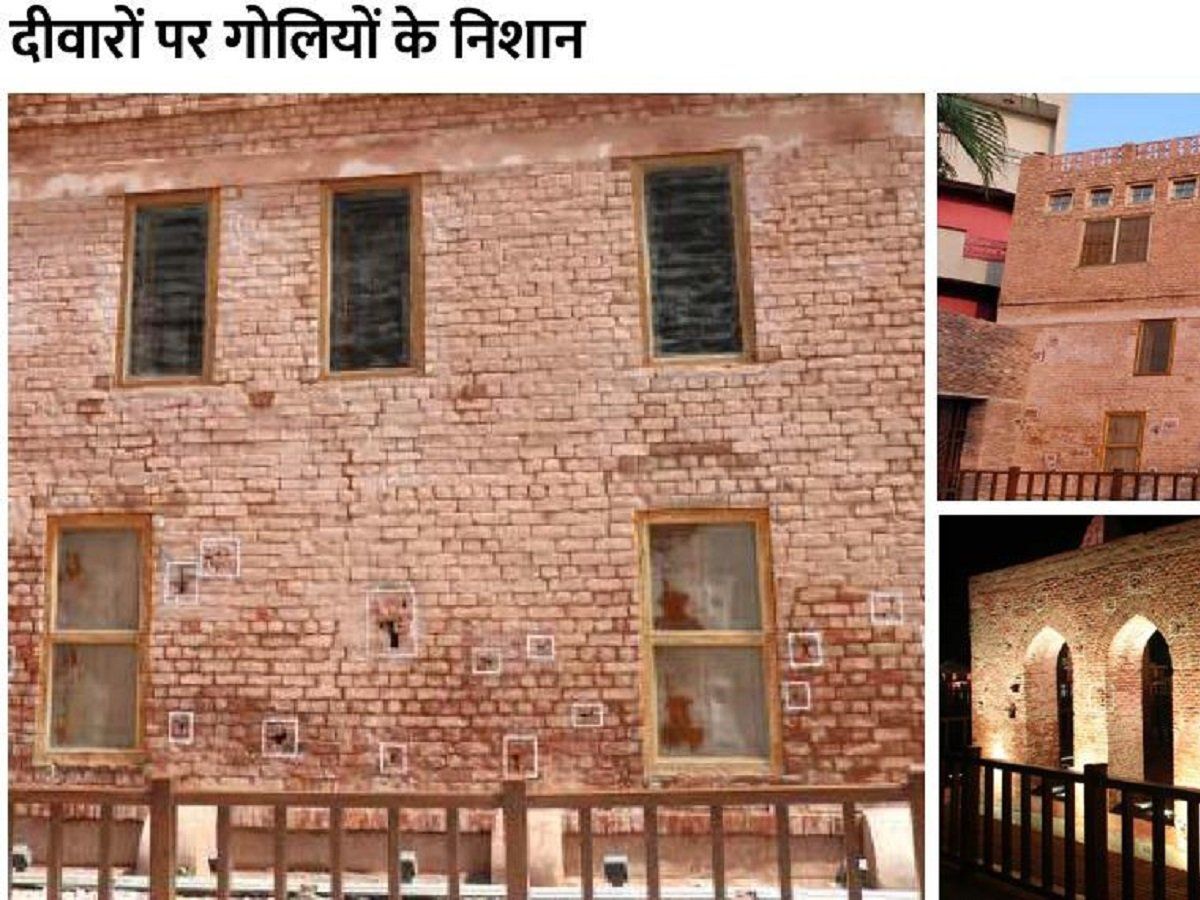 Prime Minister David Cameron was the first serving British official to visit the memorial site in 2013, where he paid his respects to those who had died. He described it as a “very horrible act” in British history in the visitors’ guide, but he did not issue a formal apology.

What were the Indians’ reactions back then, and how do they feel now?

General Dyer became a symbol of British persecution for Indians. Udham Singh, a Sikh, assassinated Sir Michael O’ Dwyer, the lieutenant governor of Punjab at the time, who had backed Dyer’s firing on unarmed civilians in Jallianwala Bagh. Outside Jallianwala Bagh, a statue of Udham Singh was unveiled.

The assassinations also sparked an independence movement in India, which demanded the end of British rule. In 1947, the country became independent.

The oldest Indian migrants group in the UK, the Punjabi-dominated Indian Workers’ Association (IWA), has been fighting for over eight years, requesting an apology from the British prime minister, parliament, and second chamber for the worldwide Punjabi population.

Back in Amritsar, the Narendra Modi government’s plan to “renovate” the massacre site has been slammed.

The tiny lane that was closed by British soldiers on that fatal day, preventing everyone from fleeing the scene, now has a new floor. Bullet holes on the walls have been filled in, and the gallery is now adorned with sculptures.

“It’s sad that India has erased the gunshot traces on the alley, eliminating this horrific aspect of history,” remarked Harsev Bains, vice-president of the IWA.

Jallianwala Bagh Massacre is the best example to the youth generation that shows the craze of Indian freedom fighters for this country. This is where the Indian people know about the value of their freedom and feel why it is important to save this priceless freedom.