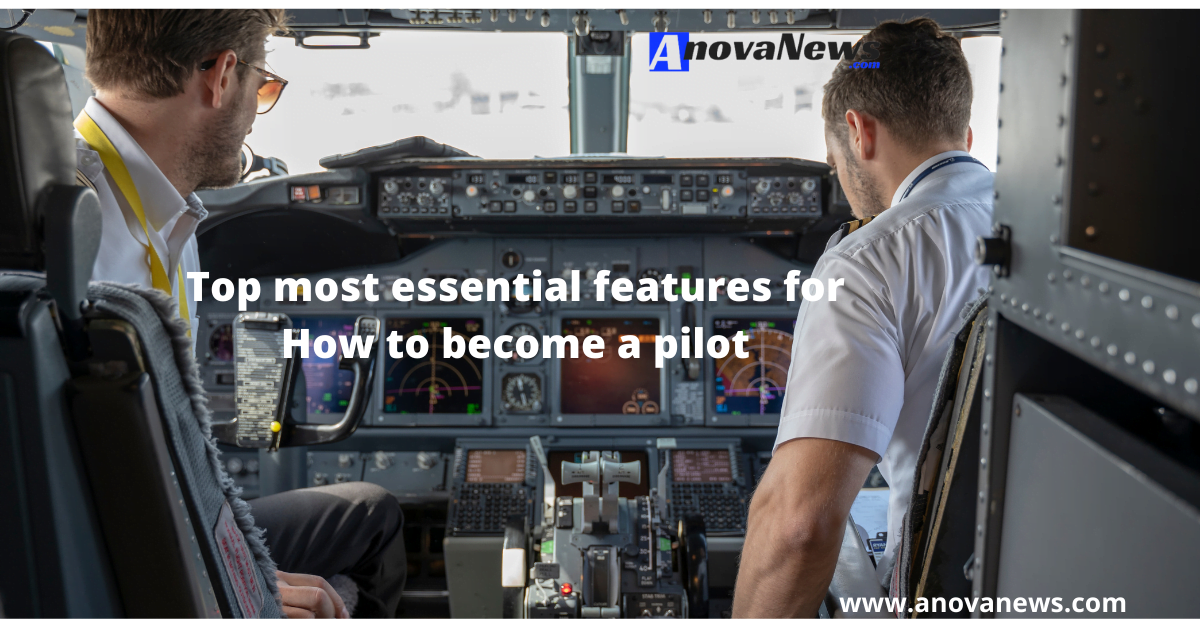 As we all know? Students dream of getting a pilot job in their life. And you take success in your dreams, and if you make sure with  a pilot without any fear. Because most of the students ask how to become a pilot in India after the 12th standard, we explain how we can prepare for the exam.

How to become a pilot

To Become a pilot, First of all, you know How To become a pilot. After that, you make a plan to crack the pilot Exam. Because A good pilot who navigates and flies planes, fighter jets, helicopters, and other aircraft. They operate the flight controls while assuring the crew and passengers’ safety. As a pilot, you could transport people or things from one location to another, or you could work for a company that offers charter flights, aerial photography, or rescue missions.

Who is the pilot?

Pilots are highly qualified people who have undergone extensive training to fly various aircraft types. Pilots are responsible for maintaining the internal mechanisms of aeroplanes and learning to operate different types of aircraft such as passenger, cargo, and mail aircraft. There are several types of pilots depending on the streams and subjects that candidates are interested in. For many types of aircraft, several specialty courses are available.

2-Private pilots-The ones who can afford a private Plane prefer to have private pilots who can fly them around at any time needed.

3-Flights Instructor-They work for a flight school, and their job is to teach other aspiring pilots how to fly.

4-Air Force pilots- They are professionals in flying armed jets and work for the defence ministry, trained by the country’s air force.

Eligible criteria for How To Become a Pilot

To participate in any aviation courses, you will meet the institute’s or academy’s eligibility requirements. The following are the requirements for becoming a pilot after finishing 12th grade in India:

1-  To begin training, you must be at least 17 years old and have a minimum score of 50% in 10+2, which may vary depending on the Institute’s requirements.

3-  If you are not a science student, you can take the required topics at the National Institute of Open School or as a private candidate through the state board.

4-  You will require a medical certificate from the appropriate authorities.

Follow In These Steps on how to become a pilot

1-Do your Research– There are two ways to become a pilot in India. One option is to use civil aviation, while the other uses the Indian Defence Forces. The first path leads to a career as a commercial pilot, whereas the second leads to a career as a military pilot. So, before you start your pilot profession, do a lot of homework. Each path has its own set of eligibility requirements. Both job paths, however, necessitate passing exams and passing medical exams.

2- Join a Flying School– You need to join a flying or training school to become a civil aviation pilot. Investigate and compare several flying schools in your area or across the country. Recognize their fee structure and timeframe. These institutions provide a variety of courses based on your age, expertise, and needs. These schools offer flying training and classroom lectures to help you improve your piloting.

Commercial piloting entails a great deal of obligation. A commercial pilot is an airline pilot who holds a commercial pilot certificate given by authority and flies a particular aircraft type for the airline. The Civil Aviation in India is in charge (DGCA). You’ll be in the order of hundreds of lives in a single plane, getting them from points as rapidly and safely as possible.

So, if you’re interested in this field or know someone who is, you’ve come to the correct place.

Airforce pilot-  If you want to defend your country, you can join the air force or become a fighter pilot. After passing your HSC or finishing your graduation with additional standards, you can start your career as a fighter pilot. You would be allowed to fly bombers, future strategic tanker aircraft (FSTA), fighter jets, and transport planes for the Indian Defence Forces if you are selected.

First of all, when you know How to Become a pilot. Because you clear a private knowledge test for him. And the private pilot knowledge test is an essential part of the pilot job.

Best Indian college To Study For the pilot