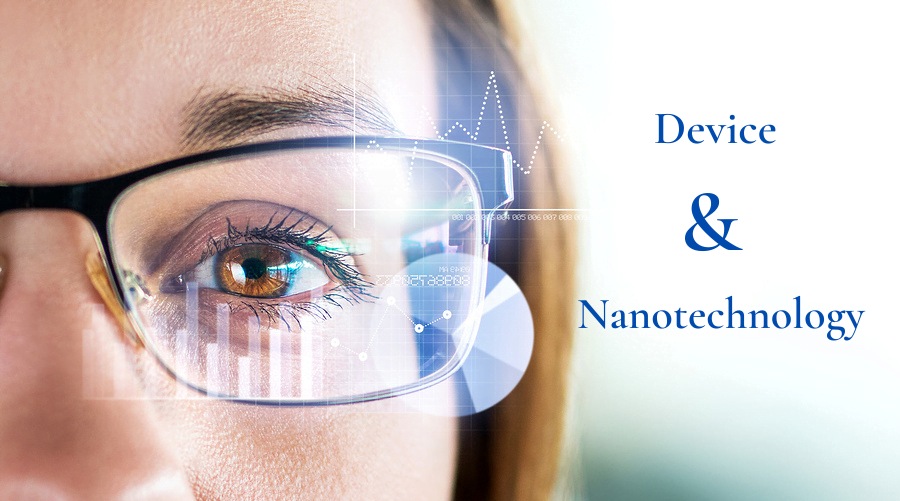 Device and Nanotechnology: During the electronics revolution, the device size was so large that ordinary people couldn’t utilize it. At that time, a simple computer was the size of your entire room. Only scientists and engineers exclusively use it. They are based on the vacuum tube, which is extensive and time-consuming to operate because it takes a long time to commence or heat up to simulate the electron’s journey from anode to cathode.

So modern technology will be based on nanotechnology because it can deal in all fields of electronics. And a lot of companies have invested in this field of electronics science.

What do you mean by a device?

A device is a collection of hardware and physical equipment that produces a result. It combines numerous components such as the inductors and capacitors in electronics. A resistor, for example, that is used as a device to generate the output. It could be a stand-alone device that produces output, or it could be a component of a larger device, such as a computer. A hard disc is a component of a computer that is utilized to store various files in the computer.

Examples of devices and their use

Input/output devices of a computer

Generally, we can say that we use a thousand devices in a computer. There are a number of devices used to give the information to the computer and take the output from the computer. These devices are called input-output devices: E.g. printer, joysticks, keyboard, mouse.

Any electronics gadget is called a device. It may be the combination of the many devices or itself a device. We use these simple gadgets in daily life like electronic toys, watches, earphones, etc.

Nanotechnology is the branch of science which is deal with microelectronics. As the name suggests, it has a scale in nano, which means 10/10000000 millimetre, which is a very small scale that is not visible by us with the nacked eyes.

The difference between device and nanotechnology is only that we can make microdevices at the scale of nano levels.

Example and application of nanotechnology in the modern world

This technology almost covers all industries because it is the new revolution in modern industries. It can beat many problems that are now impossible with current technology.

The nanochips are ready to replace silicon chips, the leading electronics parts. Nanotechnology will reduce the size of modern devices beyond our expectations because it works on nanoplatforms. Due to the size reduction, the technology will grow rapidly. In the field of communication, nanotechnology has a bright feature. This will increase the data capability of devices and can generate more ways to communicate.

A new semiconductor developed by Kyoto University makes it possible to manufacture solar panels that doubles the quantity of sunlight converted into electricity. Nanotechnology also lowers costs, produces stronger and lighter wind turbines, improves fuel efficiency and, because of the thermal insulation of some nano components, can save energy.

The properties of some nanomaterials make them ideal for improving early diagnosis and treatment of neurodegenerative diseases or cancer. They’re ready to attack cancer cells selectively without harming other healthy cells.

In this field, nano biosensors are used to detect the presence of pathogens in food or nanocomposites to enhance food production by increasing mechanical and thermal resistance and decreasing oxygen transfer in packaged products.

Nanotechnology makes it possible to develop intelligent fabrics that do not stain or wrinkle, also uses more robust, lighter and more durable materials to form motorcycle helmets or sporting goods.

NANOTECHNOLOGY AND THE FUTURE

There are both bright and dark spots within the path forward for nanotechnology. On the other hand, technical advancements, increasing government support, increased private investment, and growing demand for smaller devices, to name a few, are expected to boost worldwide growth. However, the risks of nanotechnology to the environment, health, and safety and reservations about its commercialization could suppress industry growth.

In 2024, the United States, Brazil, and Germany will top the nanotechnology sector, with Japan, China, South Korea, India, Taiwan, and Malaysia among the Top 15 Asian countries. During a rating that will be led by electronics and energy, the cosmetics sector will rise ranks, stealing third place from the biomedical sector.

What is Cryptocurrency and How does it Work?

What is the difference between device and nanotechnology?

The device is a simple silicone chip gadget that combines many components but the nanotechnology we work with a micro component that is the backbone of this technology.

Which fields are acquired by nanotechnology?